Six miles from the campsite, Happisburgh beach is on the edge of a beautiful and quaint village. Happisburgh (pronounced ‘haze-burra’) is most well-known for its striking red and white lighthouse, but it became a site of national archaeological importance in 2010 when flint tools over 800,000 years old were unearthed. This is the oldest evidence of human occupation anywhere in the UK. At the end of the south beach you reach Cart Gap, which is where the lifeboat is now stationed, having previously been at Happisburgh beach before all the coastal erosion.

It is a beautiful and very unspoilt bay with amazing views. Smallsticks Café is perfectly positioned next to the beach and sells scrummy homemade cakes. 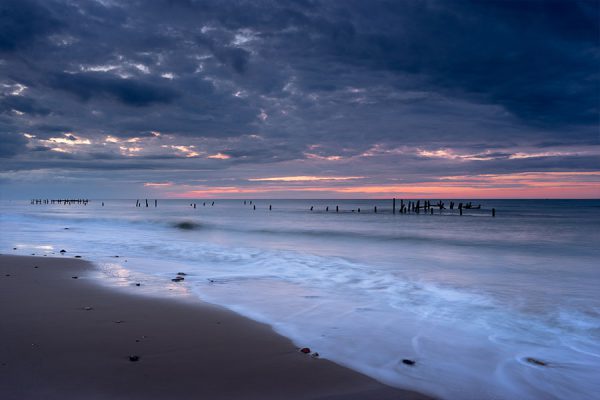 We use cookies (harmless text files stored on your computer) to ensure that we give you the best experience on our website. More info.